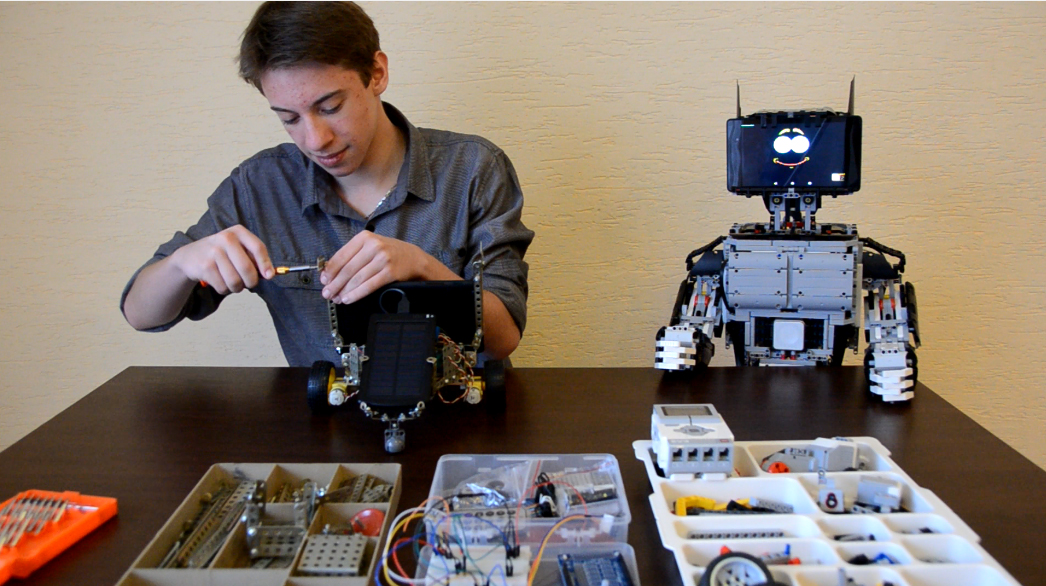 There is technological/finance gap between intelligent robots able to talk and single­purpose hobby­style creatures made of affordable robot building sets (Lego, MakeBlock, Tetrix, Arduino etc.). It’s still a science fiction scenario when some kid can build a robot, turn it on and start talking, assigning some real­world tasks which need some decision making. What I want to do is to implement this scenario and propose simple and elegant solution for addition of a talking and seeing brain to ”alive” any simple robot built from popular mechatronic components or bricks. To perform this task I developed a robotic brain (development name is ELFi) in form of Android Application.

Community of software developers is critical part of future of ELFi development . So I had to develop an extendable software architecture for simple injecting custom code in any layer of ELFi Brain. I decided to use Android Application Development patterns to solve this problem.

I had to develop a bridge between concurrent processes running inside Android OS and real­time processes runned on robotic bodies. Also I wanted to remove low-level and controller­specific tasks outside of robotic brain.

This software platform can be applied for various types of intelligent robots.