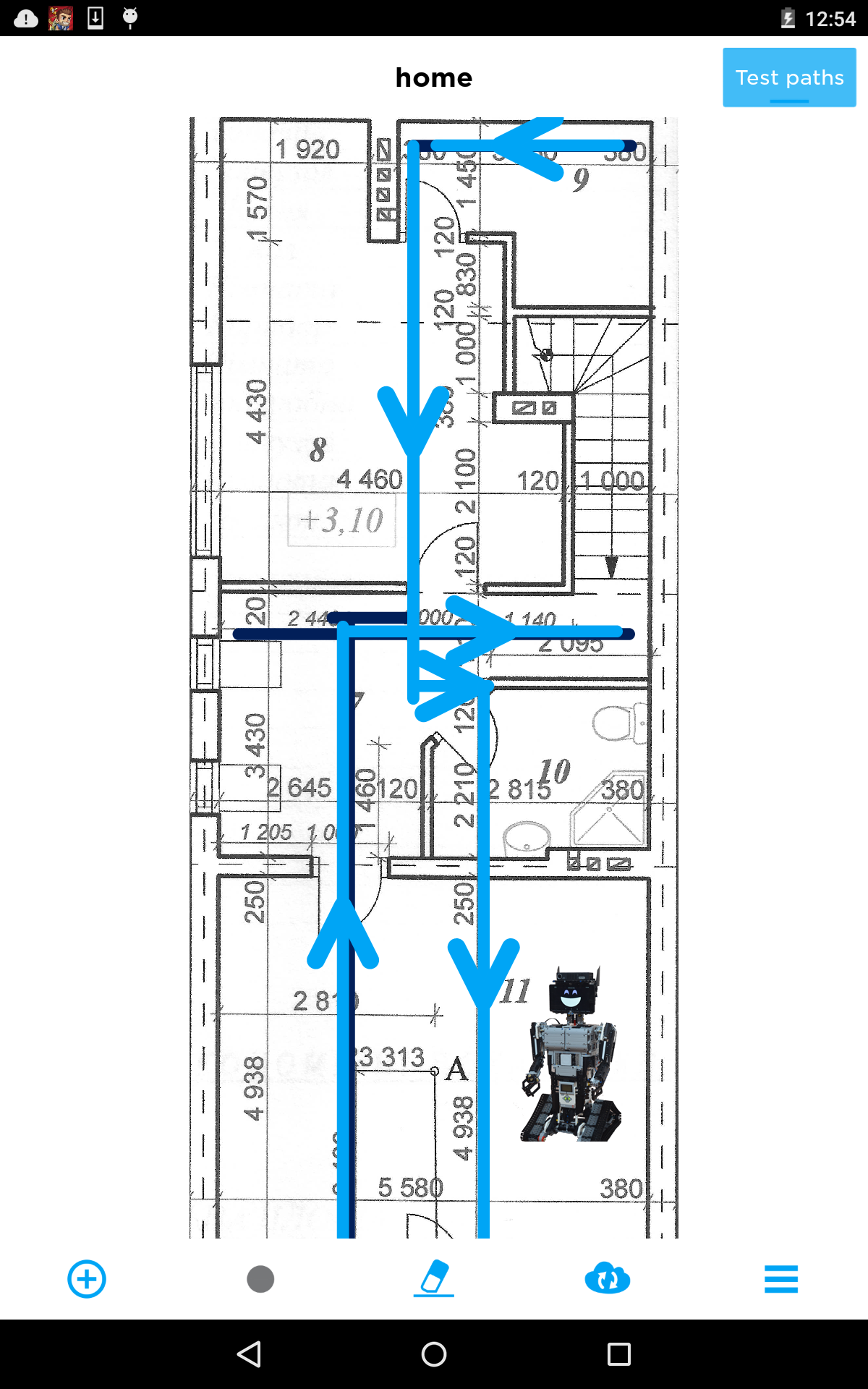 We’re using a lot of Mobile technologies and tools for our robots. But wait! What makes ELFi a robot – not another Mobile app?

The most impressive robotic feature is ability to move across your apartment and do things in context of location. For example this is typical voice command for the robot:
– Hey ELFi, go to kitchen and say “good morning family” at 7:15 am everyday.

This is very easy command for Humans but a complex one for coding realization.
Execution of this command has several stages. First stage is scheduling “go to … and do …” command for everyday execution.

The second stage is execution of “go … and do …”. This is also a combined command. Its first action is to define where robot is located.

Here we can use several strategies. We decided to use the simples approach for the Alpha release. Robot has to analyse strenght of WiFi fields. We can use many WiFi Access Points to define current location with desired accuracy. Let’s assume that robot defined his position in Room of Mark.

The next action is to find the algorythm of movement from Mark’s Room to the Kitchen. This algorythm has to be composed in advance. It contains commands like:
– go to North until obstacle (wall of room)
– turn 90 clockwise
– go 100 rotations.

At the and of this journey robot ELFi has to verify its location in the Kitchen and do other planned actions.