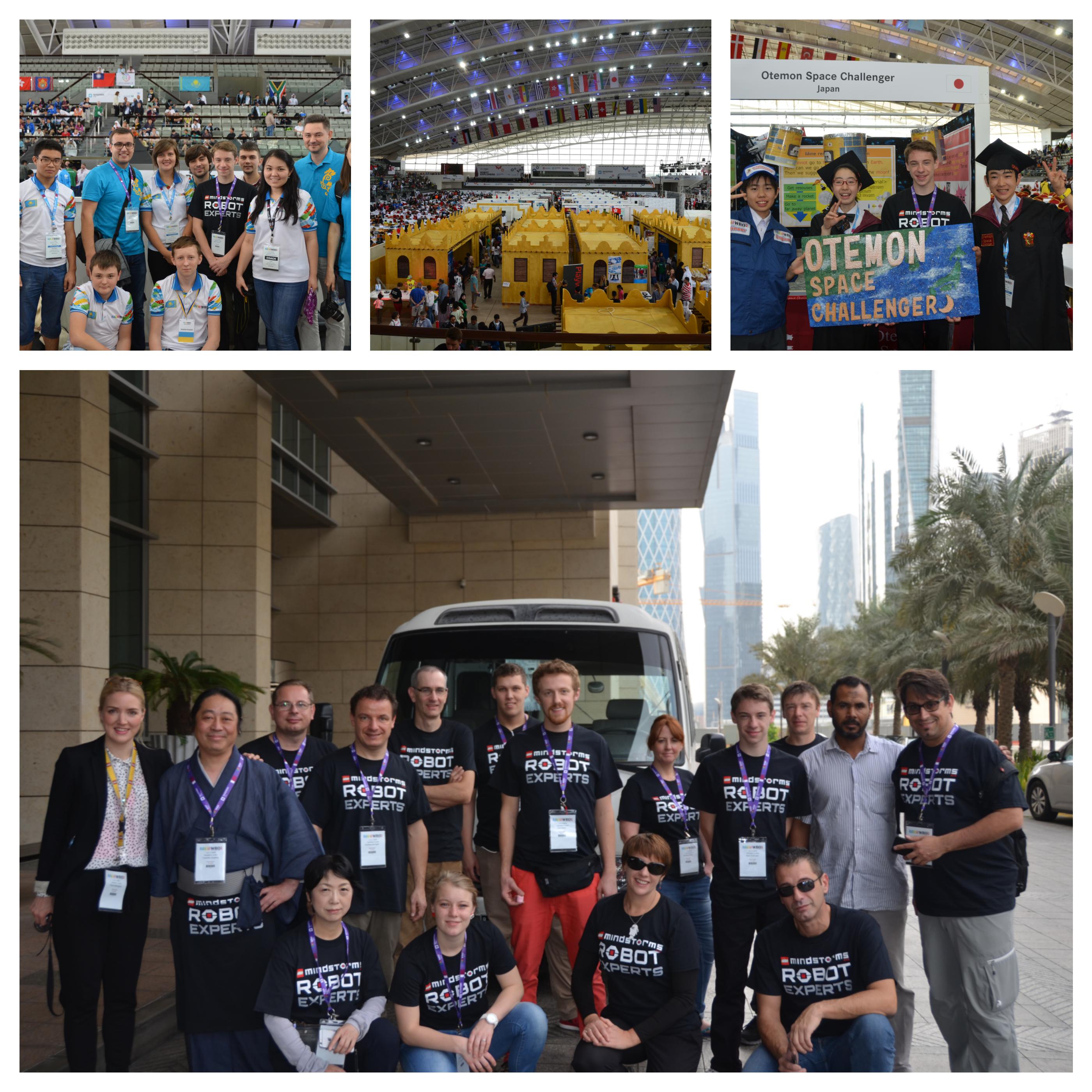 Mark and ELFi were guests of World Robotic Olympiad 2015 in Doha, capital of fabulous Qatar! ELFi is talking with kids. Most popular parts of presentation: fighting, dancing and “Toreador Mode”. Mark is SOOO proud to be in fantastic team of Mindstorms Experts who are: Jason Allemann with his 5B+ YT-viewed Magic-Black-Box-With-Red-Button and a new device !!PRINTING!! by LEGO bricks: Vassilis Chryssanthakopoulos – one of EV3 creators and World-Class educator in robotics with his sport team of robots: WRO 2015 will be one of brightest moments in our memory